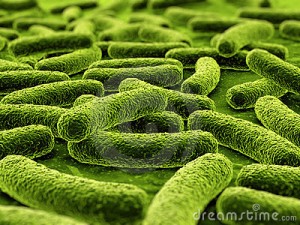 Top scientists at Roche Holding AG and AstraZeneca Plc are sizing up potential allies in the fight against cancer: the trillions of bacteria that live in the human body.

“Five years ago, if you had asked me about bacteria in your gut playing an important role in your systemic immune response, I probably would have laughed it off,” Daniel Chen, head of cancer immunotherapy research at Roche’s Genentech division, said in a phone interview. “Most of us immunologists now believe that there really is an important interaction there.”

Two recent studies published in the journal Science have intrigued Chen and others who are developing medicines called immunotherapies that stimulate the body’s ability to fight tumors.

In November, University of Chicago researchers wrote that giving mice Bifidobacterium, which normally resides in the gastrointestinal tract, was as effective as an immunotherapy in controlling the growth of skin cancer. Combining the two practically eliminated tumor growth. In the second study, scientists in France found that some bacterial species activated a response to immunotherapy, which didn’t occur without the microbes.

Human Microbiome
That’s increased drugmakers’ interest in the human microbiome — the universe of roughly 100 trillion good and bad bacteria, fungi and viruses that live on and inside the body. Roche is already undertaking basic research in the field and plans to investigate the microbiome’s potential for cancer treatment, Chen said.

“Certainly, we are already scanning the space for interesting opportunities as the science continues to emerge,” he said. “We are very interested in testing these in a controlled setting.” Full Story.